Courage is standing up in a crowd of strangers to introduce myself.
“Hi, my name is Cecilia-Karen and I’m from Africa.
I was born in the Democratic Republic of Congo,
raised in Kenya, Nigeria and South Africa.
This is my first year in the United States of America,” I proclaim loudly.
At this moment in time, I am beaming with pride as courage oozes out of my skin like sweat.
Even with the rush of assumptions from curious eyes staring back at me, I stand un-wavered.
The beauty of courage is in its bold expressions. You become filled with confidence, not because you’re perfect.
But, because you have accepted and identified who you are.

And then the pin drops…
“what do you do?”
I stare blankly.
As silence fills the room, my courage fades into the warm spring breeze.
And just like that, insecurities introduce themselves.
Everyone patiently waited for an answer. For I, an African, who was described as a “beautiful girl with eloquent speech,” was the center of attention.
“I am waiting…”
I answered back.
The words fell from my lips like crumbs.
This was a difficult season of my life filled with growth, yet I discarded it.
I did not, could not believe that any good would come out of it. I often didn’t want to try.
It may seem small, but courage truly was introducing myself to a world I used to fear and discard.

I stood there for a few seconds completely wavered.
Assumptions grew to whispers as my body landed on the uncomfortable plastic chair.
I felt defeated, life wasn’t going the way I wanted it to. And although I had hope, I lacked the understanding.
I refused to believe I could learn from “waiting.”
The one aspect of my life that wasn’t working, completely overshadowed the others.
Courage cannot exist when you lack belief.
If I was to overcome this, I needed to believe in all of me.

Courage is 30 minutes later, walking through a room full of strangers who know your name but not your story.
I smile sheepishly as I excuse myself.
“I can see the questions running through their minds.
Is this real? Or are those my insecurities?”
I proceed swiftly, briskly and quickly.
My eloquence left with courage, and I’m mumbling as my coat touches the edge of each stranger.
I hung my head in some sort of shame.

Why was I to think less of myself?
Why would they think less of me?
They had only touched the edge of my soul, for to them, I would remain a stranger.
Often when we let fear and insecurities take the wheel,
we’re unconsciously giving courage the back door.
Courage does not translate to lack of fear.
It simply means walking through it despite fear.

I raise my head to meet the eyes of a young woman a few steps away from me.
Her light blue dress caught my eye. She stood beautifully un-wavered.
And for a second,
I felt a deep nostalgia for the feeling I had, not so long ago.
As I turned to change directions she spoke calmly
“I too was waiting.
The difference is, now I am patiently waiting and purposefully living.”

So, what am I trying to say?
TAKE COURAGE!
It may be as simple as introducing yourself.
And even though it sometimes gets difficult, I am slowly,
step by step,
learning to cultivate my fear into courage. 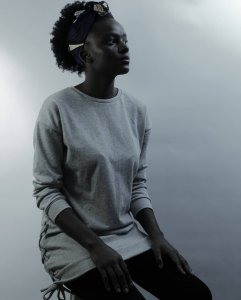 Grow and glow with us.